Impressions from the 5th Annual Conference of the NNCDOP 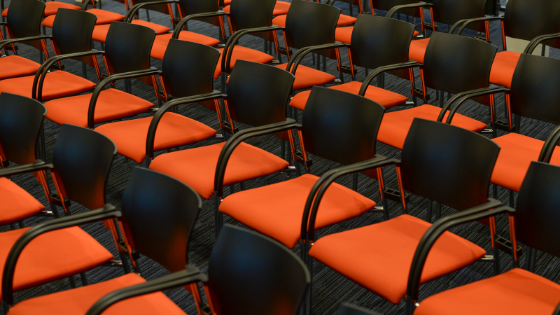 Following her recent attendance of the National Network of Child Death Overview Panels (NNCDOP) meeting on 13 and 14 March in Birmingham, Sylvia Stoianova reflects on the complex emotions brought about by change.

Spring is hope, new life they say, time for planning and anticipation. It can also bring different, more complex emotions that are also intertwined with memories of happy moments and new beginnings that will never be again.

This spring was different for me as well. This spring I had the honour to closely connect with a truly special community when I attended the annual NNCDOP conference on 13-14 March in Birmingham. A month after this event I still feel its influence on me, I am still hearing the words of the speakers, feeling the emotions they brought me and still reflecting on what I have learnt and how this learning can guide me to do better work. I heard some of the most inspiring speakers I have ever had the privilege to listen to. I know that they will be my motivation in this work and anything else I take on in future; with their drive, optimism and faith. Despite the extreme sorrows that some of them went through as parents and the incredible challenges and trauma they’ve experienced as professionals they still stand up and speak to all of us with their strong and empowering voice. We all have the duty to listen to what they have to say, our duty as citizens, professionals and as human beings.

Amongst the talks that had the strongest impact on me were that of Detective Chief Inspector Jonathan Holmes who talked to us about cognitive closure, the need for it to be recognised and appropriate training provided for child death investigations. Fiona Spargo-Mabbs spoke about the loss of her son and I highly recommend reading more about the Daniel Spargo-Mabbs Foundation founded by Fiona and her husband for more information about their highly important and admirable work. Kath Thompson introduced us to her work with the Merseyside Youth Association on training children and young people for raising awareness for suicide. Kath talked about how important is for suicide to be on everyone’s radar when working with young people and that professionals need to realise that every young person is at risk.

The Annual NNCDOP conference was a wonderfully organised event – well thought out, planned and attended; with an impressive programme of inspiring, thought provoking and educational lectures and workshops. The atmosphere was charged with positivism, dedication and care. But at the same time, it felt understated, non-demonstrative; it was simply real, down to earth. It was obvious to me, this being my first NNCDOP conference, that everyone was united by the same aim and drive – to make things better.

When speaking about the National Child Mortality Database my colleague, Vicky Sleap, often says that the national data collection and analysis system was so long waited for that it became like a unicorn, everyone believes in it, but no one has ever seen one. But this spring was not only different for me. It became symbolic for a whole nation as with it NCMD came to life: a true awakening, a new beginning, long anticipated and hoped for. On 1st April the NCMD electronic system was launched. We can truly look now into a future of better knowledge, learning and understanding from across the whole country to empower policy makers so they can drive improvements in services and thus reduce child mortality in England.