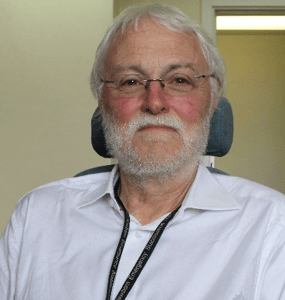 Professor Peter Fleming is Professor of Infant Health & Developmental Physiology at the University of Bristol.

After undergraduate training in Bristol and postgraduate training in paediatrics at the Hospital for Sick Children, Great Ormond Street, London, and the Hospital for Sick Children, Toronto, Professor Peter Fleming returned to Bristol. From 1978 to 2012 he worked in the Neonatal Intensive Care Unit at St Michael’s Hospital and the Children’s Sleep and Developmental Physiology Laboratory at Bristol Children’s Hospital, and also led the service for children on long-term ventilatory support for the Southwest of England.

In 1983, Peter established the Avon Infant Mortality Study and, since that time, has continued to provide care and support to families bereaved by perinatal, infant and childhood deaths, particularly sudden or unexpected deaths.

Since January 2013 Peter has worked primarily in research, teaching and safeguarding children. Peter continues to conduct research on epidemiological and physiological factors contributing to unexpected deaths in infancy and childhood, and has co-authored more than 360 scientific publications. The approach to the care and investigations of families bereaved by the sudden expected death of their child that Peter pioneered in the Avon area has, since 2008, been adopted nationally in England under The Children Act 2004.

Back to: Home | Our team