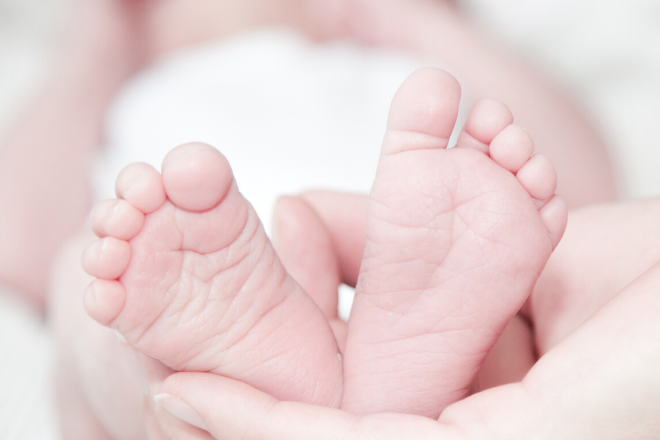 Quality of investigations into unexpected deaths of infants and young children in England after implementation of national child death review procedures in 2008: a retrospective assessment

Members of the NCMD Steering Group, Peter Fleming and Peter Blair, co-authored this study published on 27 September 2019 in the BMJ Journal ‘Archives of Disease in Childhood.’

The retrospective assessment looks at the quality of investigations into unexpected deaths of infants and young children in England after implementation of national child death review procedures in 2008.

Read the abstract details below and click the links for full information.

In 2008, new statutory national procedures for responding to unexpected child deaths were introduced throughout England. There has, to date, been no national audit of these procedures.

Families bereaved by the unexpected death of a child under 4 years of age since 2008 were invited to participate. Factors contributing to the death and investigations after the death were explored. Telephone interviews were conducted, and coroners’ documents were obtained. The nature and quality of investigations was compared with the required procedures; information on each case was reviewed by a multiagency panel; and the death was categorised using the Avon clinicopathological classification.

Data were obtained from 91 bereaved families (64 infant deaths and 27 children aged 1–3 years); 85 remained unexplained after postmortem examination. Documentation of multiagency assessments was poorly recorded. Most (88%) families received a home visit from the police, but few (37%) received joint visits by police and healthcare professionals. Postmortem examinations closely followed national guidance; 94% involved paediatric pathologists; 61% of families had a final meeting with a paediatrician to explain the investigation outcome. There was no improvement in frequency of home visits by health professionals or final meetings with paediatricians between 2008–2013 and 2014–2017 and no improvement in parental satisfaction with the process.

Statutory procedures need to be followed more closely. The implementation of a national child mortality database from 2019 will allow continuing audit of the quality of investigations after unexpected child deaths. An important area amenable to improvement is increased involvement by paediatricians.

This is an open access article distributed in accordance with the Creative Commons Attribution Non Commercial (CC BY-NC 4.0) license, which permits others to distribute, remix, adapt, build upon this work non-commercially, and license their derivative works on different terms, provided the original work is properly cited, appropriate credit is given, any changes made indicated, and the use is non-commercial. See: http://creativecommons.org/licenses/by-nc/4.0/. 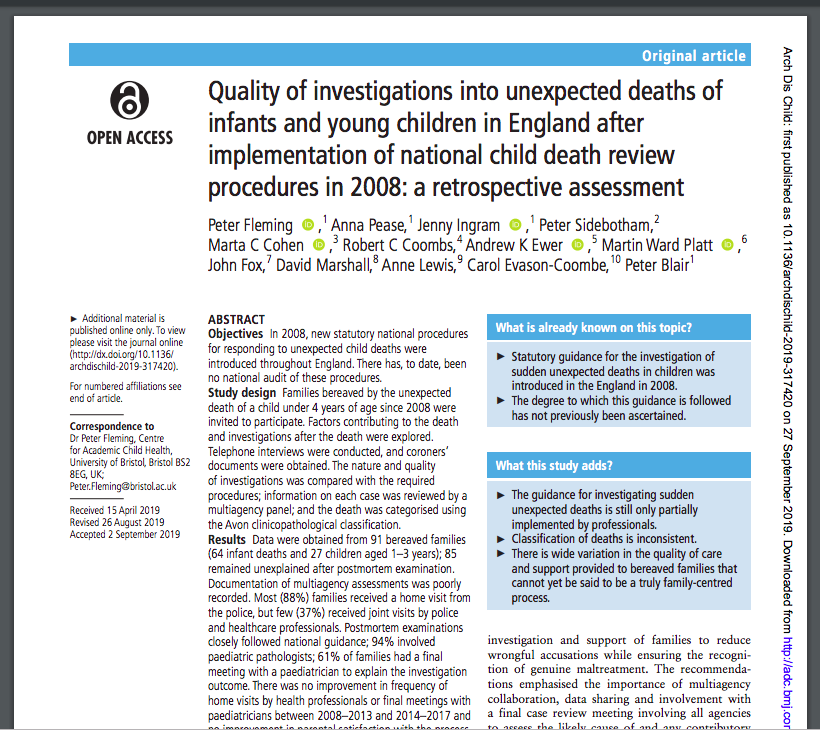