LSCB1 (the curse of the yellow boxes) 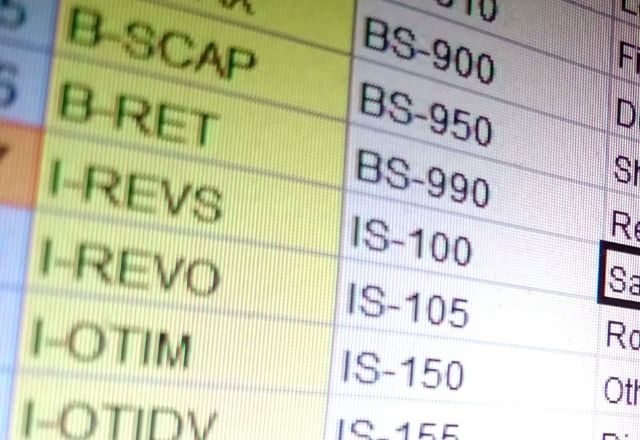 Vicky Sleap, NCMD Manager, reflects on the trials and tribulations of the LSCB1 return:

Early on in my CDOP career I was asked by my manager to complete the “LSCB1 return”. Being young and enthusiastic at the time I said, “no problem” and opened the email from the Department for Education (DfE) who requested the return from CDOPs way back in the day. In those days you had to complete an Excel spreadsheet for each Local Safeguarding Children Board (LSCB) whose cases your panel had reviewed. The spreadsheet seemed simple enough on the face of it, but then I encountered the yellow boxes! The boxes in the spreadsheet would turn yellow if you entered an incorrect value to indicate that you should check your figures. I do not know how many hours of my life I spent trying to get those yellow boxes to turn white. I recall numerous phone calls between myself and other CDOP colleagues trying to achieve the same thing and some colourful language to boot! Of course I wanted to get it right so we were submitting the correct information to DfE, but I also had my normal work to complete and this additional task to which I had said “no problem” was proving to be a big problem. The CDOP world has always been a close-knit community and eventually, with the help of my colleagues in other CDOPs, I sorted it out and submitted returns for my seven LSCBs. We continued in this way for over a decade. As time went on, DfE was replaced as the requester by NHS Digital and we soldiered on with the curse of the yellow boxes…

The truth is, that although I never told my manager, I used to dread the arrival of April because it meant it was time to park all other work and “do the LSCB1 return”. So, when NCMD was commissioned (and we knew that national data collection was finally going to start), this was something I wanted to prioritise to help reduce the burden on CDOPs. The idea was, instead of CDOPs having to set aside a large amount of time in April to populate a spreadsheet with a year of data and submit it, that NCMD could create the return from the data they submitted to us throughout the year. This would spread the work and eliminate the task of adding data to the LSCB1 spreadsheet altogether. And so, the whole CDOP community came together to tackle this task in the early part of this year. As it was the first time we had adopted this approach, there was a lot of work for CDOPs to do because the system was new and people had to get all their cases onto it – including old cases that had not yet been reviewed. On top of that, many in our community had been going through transitional arrangements resulting in staff changes. Then, right at the end of the data collection period, COVID-19 hit and turned the world upside down. Despite these obstacles, pretty much all CDOPs across England got their cases onto the system by the deadline, which was a massive achievement.

Some of you might not know, that once that deadline had passed, the work for the NCMD team began in earnest. We had to check the data and validate it to make sure that we had all the cases we thought should be there. We had to ensure there were not any duplicate records or typos in the data and we had to go back to CDOPs and check that the data we had, tallied with theirs. This was a slow process because our primary task at the time was monitoring and analysing data on COVID-19 due to the pandemic. Only once we had our final agreed dataset, could we start the analysis. Tom Williams, our data analyst, did a fantastic job creating the national return from the data submitted. We stuck to the original format so the report would be familiar and useful to CDOPs in terms of backwards comparison – among other things. However, we did decide to change the name since LSCBs are no longer a part of the CDOP world. As such, the report is now called “Child Death Review Data”. I’ll admit that it’s not the most exciting title in the world, but it does do what it says on the tin.

I hope that next year we will achieve my original vision of reducing the burden of work on CDOPs when it comes to the Child Death Review data return. All the historic cases have been added and CDOPs have been busy updating on-going cases on the system throughout the year, so my hope is that there will be far less to do next time around than there was in March this year. If nothing else, the curse of the yellow boxes will finally have been lifted.

Child Death Review Data: The report on CDR data (previously the LSCB1 return) for the year ending 31 March 2020 can be read in full here.